Translate the Research to Patients

Biomarkers are specific and sensitive assays that help in better diagnosis, assessment of disease activity, and measurement of treatment responses. Cerebrospinal fluid (CSF) circulates around the brain and spinal cord and can be used to measure specific biomarkers related to MS disease status (Harris and Sadiq biomarker reviews 2009, 2014, 2016). CSF analysis is done routinely at the Tisch MS Research Center and has led to new investigative pathways. Personalization of MS treatments based on biomarker profiling is predicted to become widely practiced in the future and Tisch MSRCNY is leading the way.

In 2002, we initiated a biomarker discovery program to better understand the pathology of multiple sclerosis. We were able to identify and conduct research on a number of new CSF biomarkers for MS, including osteopontin (Chowdhury et al 2008) and Bri2-23 (Harris et al 2010). In addition, we identified and analyzed Fetuin-A as a CSF biomarker of disease activity in MS (Harris et al 2013). The finding that CSF Fetuin-A is an indicator of therapeutic response to natalizumab has resulted in routine testing of Fetuin-A in CSF of MS patients in our clinical affiliate. For the first time, we have a biomarker of disease activity that allows objective assessment of response to treatment. This could have important implications in future clinical trial design of new treatments for MS.

The correlation between Fetuin-A and disease activity was further supported by results in experimental animal models demonstrating that Fetuin-A is present during demyelination, and is necessary for disease development (Harris et al 2013). Ongoing work has identified a specific role for Fetuin-A in the inflammatory response in EAE.

Neurofilament light is a major component of the axonal cytoskeleton. As a result of axonal injury, neurofilament is released and can be measured in both the CSF and blood as an indicator of neuronal damage in neurodegenerative disease. Neurofilament light (or NfL) is increasingly recognized as a useful biomarker in MS, both in a clinical setting and as an outcome in clinical trials testing neuroprotective/regenerative drugs. At Tisch MS, researchers found that CSF levels of NfL was reduced in a subset of patients who responded to intrathecal stem cell therapy (Harris et al 2021), indicating a neuroprotective effect of stem cells in patients with ongoing axonal damage. The routine testing of CSF NfL in MS patients in our clinical affiliate is critical to their personalized approach to optimal therapeutic decision making.

Oxidative stress is a condition of increased oxidant production in cells characterized by the release of free radicals and resulting in cellular degeneration. Research by Dr. Fozia Mir has identified CSF lipid peroxidation products as reliable biomarkers of Central Nervous System (CNS) oxidative stress in patients with MS (Mir et al 2014). The specific isoprostane, 8-iso Prostaglandin F2α, in CSF was found to be indicative of disease activity and oxidative stress in the CSF of MS patients as compared to healthy controls. Furthermore, levels of this biomarker were found to be strikingly elevated in a subgroup of SPMS patients. This is an important new area of research because it provides an objective measure to test for oxidative stress in MS patients and the response of these levels to therapeutic intervention. Continued research is focused on studying the role of isoprostane in the pathology of MS using an animal model.

Using CSF analysis, we can determine in a challenging patient how active the disease is (Fetuin A level), how likely is it to progress (osteopontin), the degree of ongoing neuronal damage (neurofilament light), and the level of oxidative stress (lipid peroxidation levels) in the patient. Together with single B-cell analysis, we can rationally decide on which treatment is most likely to be effective and how potent or aggressive therapy is needed. 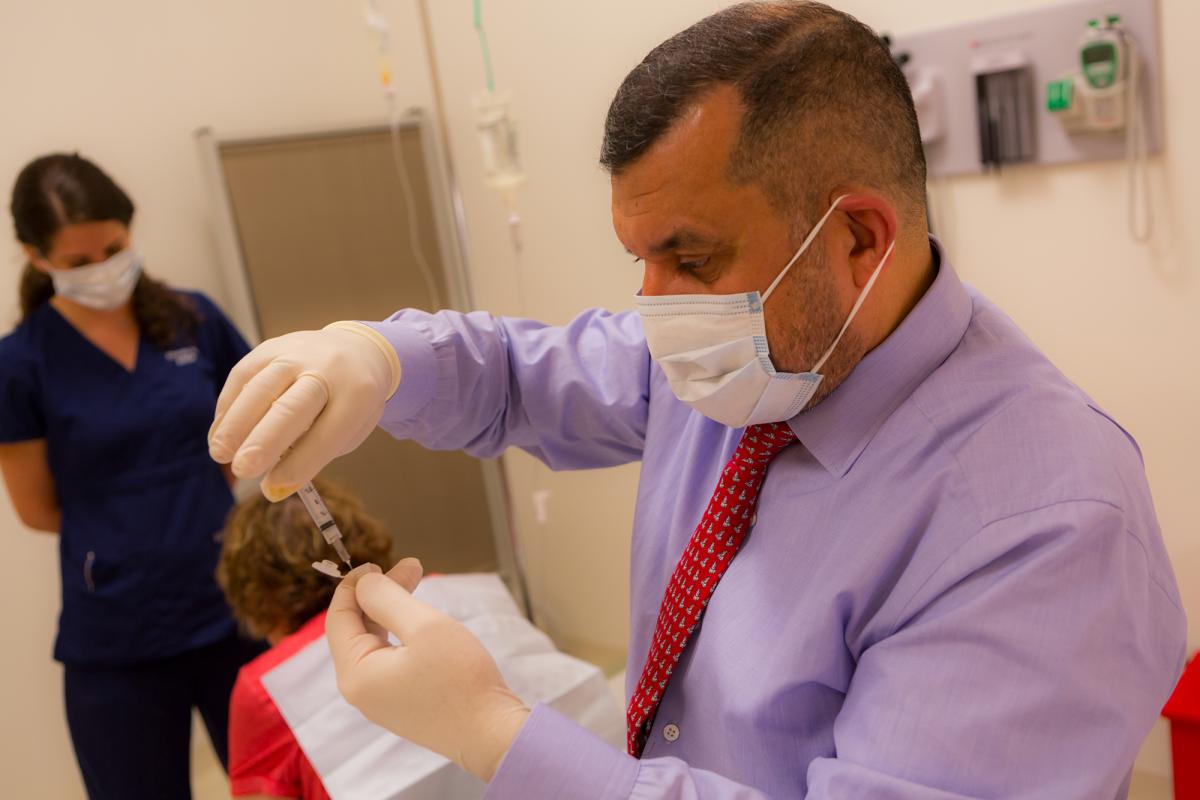